Home latest news ONE COMPUTER MP GONE, DUALE AND THE REST COULD BE NEXT
Webuye West MP Dan Wanyama has lost his seat after High Court declared his win null and void. He becomes the first MP to lose his seat via a court case.
The August 8 election was hotly contested and several leaders filed petitions against winners.
Dan Wanyama
Last week, the Independent Electoral and Boundaries Commission (IEBC) also admitted that the Lamu Senatorial election had errors.
Speaking during a petition filed against Senator Anwar Loitiptip , Lamu County Returning Officer Mohamed Adan stated that he used Microsoft Excel to sum up the results and admitted there were some errors.
Mr Adan was testifying before High Court Judge Lady Justice, Asenath Ongeri , where he revealed that he hoped the results would match once the ballot boxes are reopened
.
A total of 308 election cases were filed in various courts across the country after the declaration of results of the August 8 polls.
This was a 120-case rise compared to the 2013 General Election when the judiciary handled 188 petitions.
Petitions involving governorship, senatorial, woman representative and MP seats are being heard in the High Court while magistrate courts are handling MCA cases.
The dismissed petitions include three against governors, 11 against members of the National Assembly, two against senators, three against woman representatives and 17 against ward reps 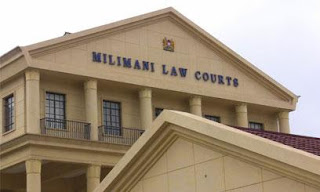